The Solaar GUI (the usual way to run Solaar) is meant to run continuously in the background, monitoring devices, making changes to them, and responding to some messages they emit. The Solaar GUI normally creates an icon in your system tray that provides an interface to Solaar. This icon is usually a battery icon showing the approximate battery level for your device with the lowest known battery level. If there are no devices with battery information, then the icon is one of the Solaar icons.

The following is an image of the Solaar menu and the icon (the battery symbol is in the system tray at the left of the image). The icon can also be other battery icons or versions of the Logitech Unifying icon.

Clicking on “Quit” in the Solaar menu terminates the program. Clicking on “About Solaar” pops up a window with further information about Solaar.

There are several options that affect how the Solaar GUI behaves:

The Solaar main window shows your Logitech receivers and devices that Solaar knows about and can be used to pair new devices, unpair paired devices, and view and change some settings of the selected receiver or device. To select a receiver or device click on it in the left side of the window.

Closing the main window does not terminate Solaar (unless Solaar is not using the system tray). Clicking on “Quit Solaar” terminates the program, and “About Solaar” pops up a window with further information. The light bulb (or a similar icon) displays detailed information about the selected receiver or device (useful for debugging).

When a receiver is selected in the main window, you can pair a new device by clicking on the “Pair new device” button. Then turn on the device and it should pair with the receiver if that is possible and the device is not already paired with another active receiver. For multi-host devices first select the host position that you want. Bolt devices and some Lightspeed devices pair by pressing a special pairing button. To pair with a Bolt receiver you have to type a passcode followed by enter or click the left and right buttons in the correct sequence followed by clicking both buttons simultaneously.

When a device is selected you can see the approximate battery level of the device, if that is reported by the device, and the status of the link between the device and its receiver.

You can also see and change the settings of devices. Changing settings is performed by clicking on buttons, moving sliders, or selecting from alternatives. 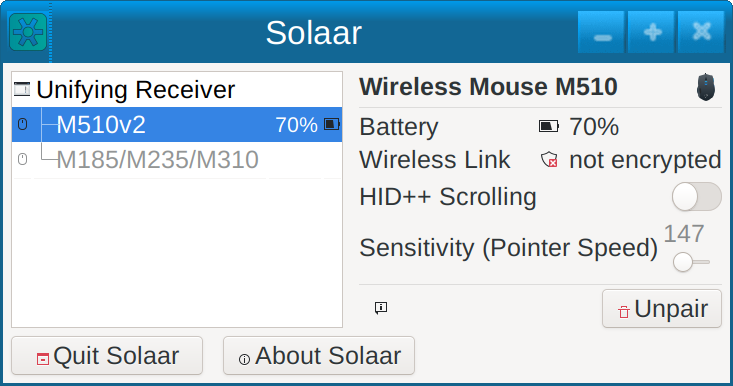 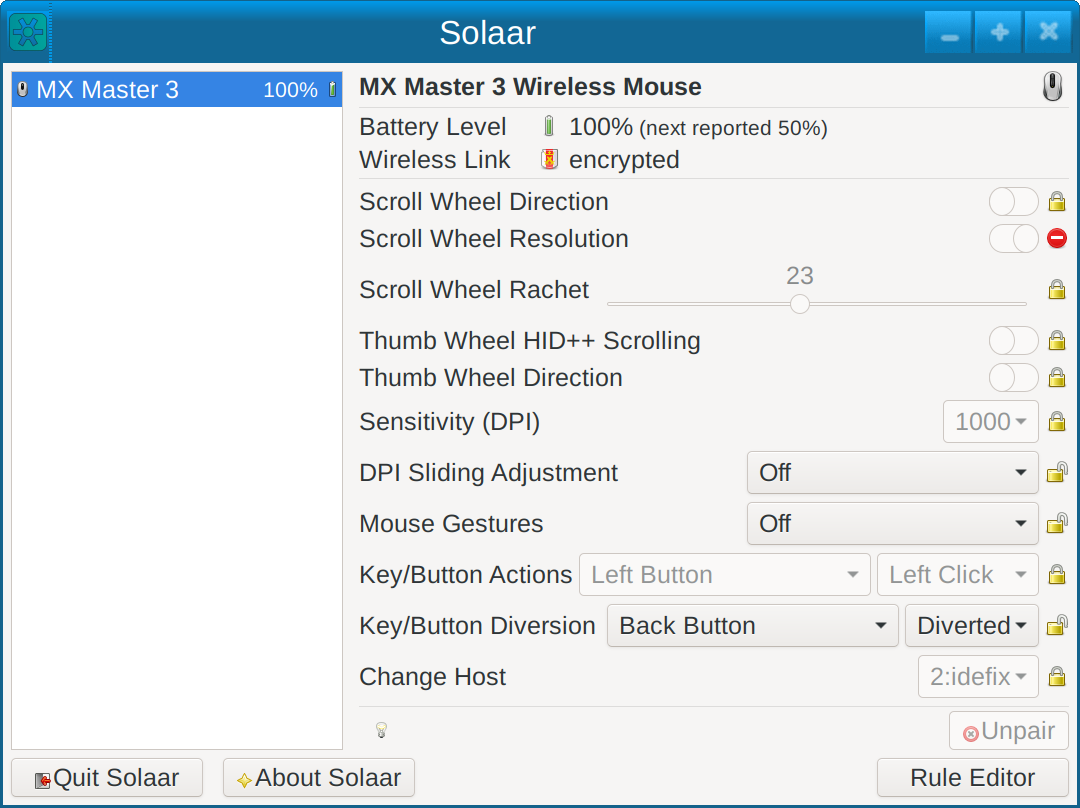 If the selected device that is paired with a receiver is powered down or otherwise disconnected its settings cannot be changed but it still can be unpaired if its receiver allows unpairing. 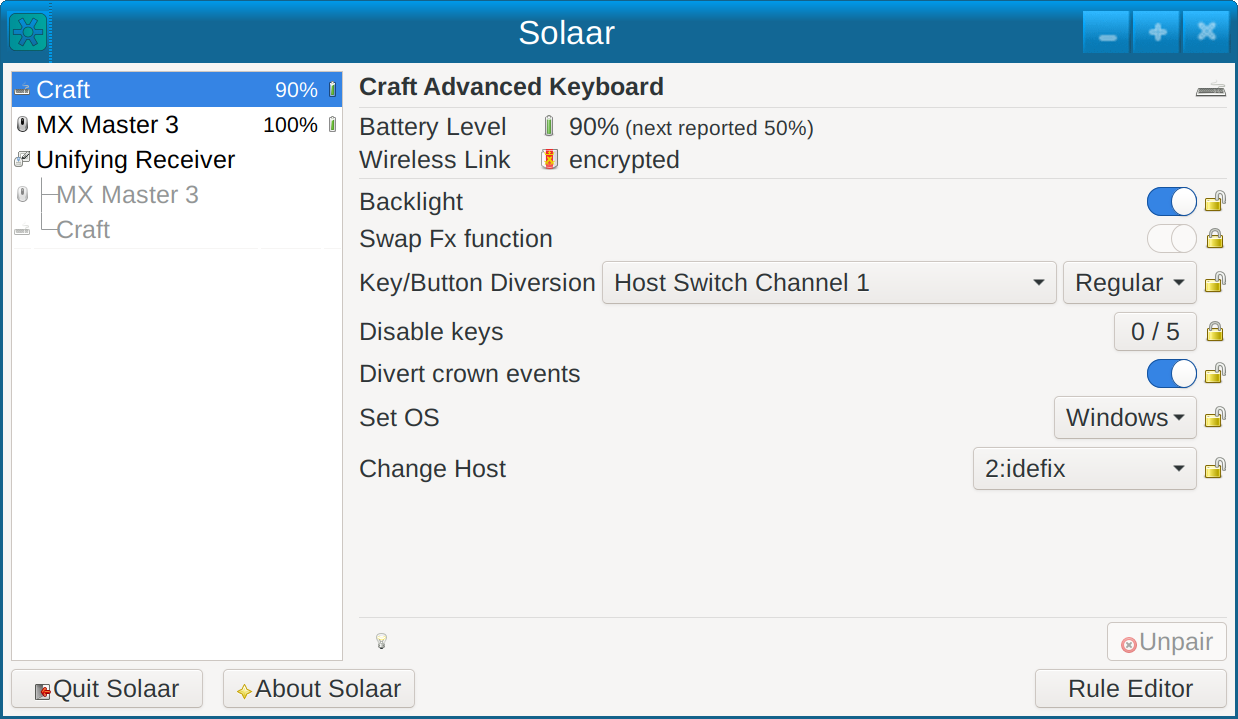 For many devices Solaar can remap some of their keys or buttons to perform a different action. (This changes the information that the device sends when the key or button is activated.) Only some keys on some devices can be remapped and they can only be remapped to a limited number of actions. The remapping is done by selecting a key or button in the left-hand box on the “Action” setting line and then selecting the action to be performed in the right-hand box. The default action is always the shown first in the list. As with all settings, Solaar will remember past action settings and restore them on the device from then on.

The names of the keys, buttons, and actions are mostly taken from Logitech documentation and may not be completely obvious.

It is possible to end up with an unusable system, for example by having no way to do a mouse left click, so exercise caution when remapping keys or buttons that are needed to operate your system.

Different Logitech devices may implement the same functionality in different ways, thus the different settings that do the same thing.